Matthew James, owner and head chef at Turners Bakehouse in Mernda, has been in cuisine for over 35 years. After an illustrious career designing menus for international hotel chain, Hilton, and cooking for the rich and famous all around the world, Matthew now lives in the Whittlesea shire, a place so green and so seasonal that it reminds him of his English hometown in Essex.

Matthew first became interested in cooking as a teenager and learnt by using cookery books that his parents had lying around. Meat and two types of vegetables were the focus of his culinary adventures at that point. After school, he’d wanted to join the RAF but was rejected because he was colourblind. He was working in a restaurant as an apprentice so he enrolled in the local catering college and became a chef.

Wanting to gain experience in a big city, Matthew moved to London. As his skills developed, so did the opportunities. Within a short time frame he was employed in the world of elite events and fine dining.

As an executive chef for the Institute of Directors gentlemen’s club in London, Matthew cooked for the royal family of England, and can reminisce about the times he’s seen them walking through the kitchen from the rear entrance, trying to avoid the paparazzi. Later, as a Global Task Force chef with Hilton Hotels, Matthew worked with celebrity chefs like Gordon Ramsay to develop menus for the hotel chain. Once he left there, headhunted by hoteliers with extensive access to money to fund their big ideas, he was instrumental in setting up hotels like BiCE Ristorante at the Hilton Dubai Jumeirah. This enormous 600 room property had no less than six restaurants. On an average day the 120 chefs from Matthew’s team would serve around a thousand people for breakfast.

For Matthew, success is about growth and he has oodles of it in his current venture. He may not have hundreds of staff scuttling around to do his bidding but he’s happy that he can keep the doors of his cafe open and the members of the community coming through them every day.

Turners Bakehouse is an historic building with more than a little bit of charm, originality and character. After a lifetime in huge kitchens making meals, Matthew really appreciates the authenticity of the work he does now, working hands-on with bread and pastry. “I get true satisfaction out of watching something progress from flour, culture, water and a bit of salt into a loaf of bread that people will love,” he says.

Matthew delights in seeing his regular customers who frequent the cafe. It enriches his work life to know their names and be able to anticipate what their order will be. He knows who prefers his rich chocolate brownies and who will want a gluten-free cheesecake.

Menus at Turners Bakehouse are created seasonally and bring a modern twist to some traditional classics. Matthew wants to make food that is funky but keep the elements that speak to the historical nature of the bakery. So, if you’re looking for food that’s fit for royalty, you know where to go.

Matthew’s top tip for dining out in Whittlesea is Farm Vigano. “On a nice day, you could be in Tuscany,” he says. 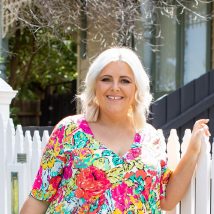 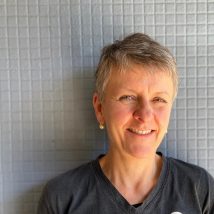 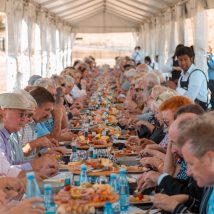 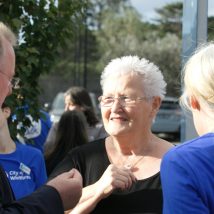