Funfields is a family run business, owned by the Verga family since the late 1980s when it was a simple toboggan run on a hill encompassed by paddocks and bushland. The park has been just as influenced by progress as the surrounding area in the last few decades but one thing remains the same – it is a place designed for family fun. Now, the theme park is home to a combination of 25 wet and dry rides and a wave pool, with dedicated areas for younger children and rides that are definitely only for those who are tall enough to meet the height (and bravery)  requirements.

Why is Funfields awesome at Easter?

The Easter egg hunt  is a pretty big event here,” says Liz Verga. “It’s been running for over 10 years and we always have it on Easter Saturday.”

The park actually hosts multiple hunts for children from around 11 in the morning until about one o’clock. There’s a hunt for the zero to three age group first, followed by the four to 7 year olds, followed by the 8 to 12 year olds and it’s likely that there will be a number of hunts for each age group on the day.

All kids up to 12 years old  who have purchased a park entry ticket and all season pass holders get a free hunt ticket. Kids under 100 centimetres enter the park free of charge but if they attend with a paying adult, they get to participate as well.

The Easter Bunny will be in attendance on Easter Saturday so if your little ones want to catch a glimpse of the magical bunny, this is a great opportunity. There will be 50,000 Cadbury Easter eggs hidden in the Easter themed area so it’s bound to be a day to get the kids hopping out of bed early!

The rest of the park runs as normal on the day so older kids who may not be as keen for an easter egg hunt can still have fun on the rides.

One thing Liz loves about Funfields:

Liz loves it that people who once visited the park as children are now coming back with their own families. They make a point to stop and tell Liz and her family members how impressed they are with the park, and how much it’s grown. People appreciate that it’s still here so that they can come and make memories with their children. “It’s so satisfying to hear that from people. It’s wonderful,” she says. We’re hoping that we just keep growing and people just keep coming in and enjoying the place.

Liz’s favourite attraction is…..The Toboggan Run. “I think it’s just such a unique ride,” she says. “It’s still definitely one of my favourites. The toboggan track is the original stainless steel track from 1985; it’s pretty much indestructible.”

The best attraction for kids

Dragon’s Revenge is the most popular kids ride in the Mystic Kingdom area where the family rides are. That ride is always always going no matter how many people are in the park; whether it’s quiet or whether it’s busy.

The best attraction for adults

The most thrilling ride in the park is the Voodoo 360 Spinning ride, without a doubt. People love it.

Why you should have a Season Pass to Funfields.

A Season Pass gives you access to Funfields every day of the season – from September to the end of the April school holidays, whenever the park is open. The question really should be, why wouldn’t you have a Season Pass?

Easter Egg Hunt at Funfields
When: Saturday April 16, 2022
Time: 11am – 1pm
Buy your tickets for the day on the Funfields website. 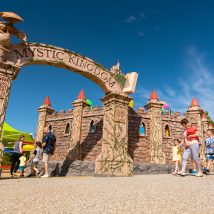 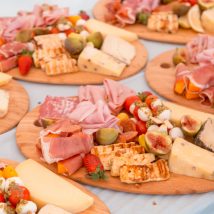 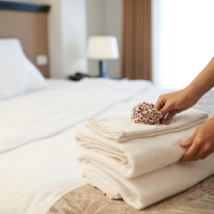 Different ways to stay in Whittlesea 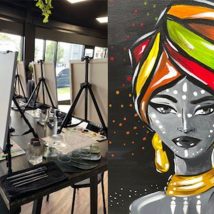 Express your creative side @ Brush by the Vines